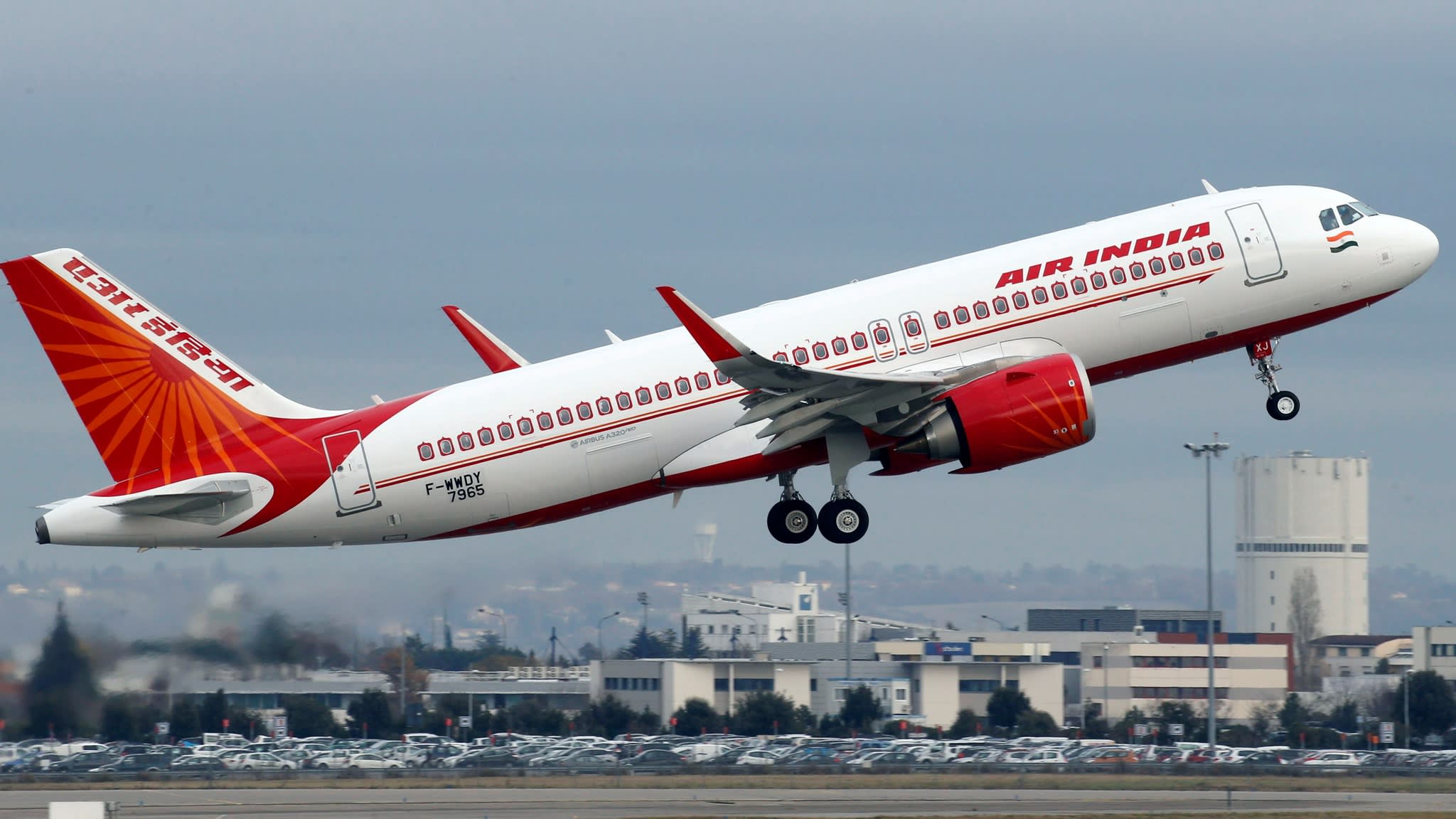 Frequent travellers are used to things going wrong – these bad experiences can be used to develop strategies to ease the pain of future travel calamities.

Our journey to India had started well with a smooth check-in process at San Francisco Airport.  The main worry we had was around issues with our visas, but we sailed through without a problem. I am not sure why I had worried about us getting aboard when I saw the items that some of our fellow travellers were trying to check on to the flight; including one of the largest TVs I had ever seen. Having seen the way cargo is handled I am not sure I would trust a few layers of cardboard to protect my very expensive purchase!

When I booked the flight I chose Air India because the flight was about the cheapest and the outbound flight was direct from San Francisco to Delhi. The only one. It seemed a good idea at the time, but as we boarded the flight our enthusiasm was tempered by the thought of spending nearly 16 hours on a plane.

I was curious about the route. I had expected the flight to head out west up and over the arctic. So, I was surprised when we ended up over Idaho, crossing the Rockies, heading towards Canada. Our final journey took us over Canada and Greenland, north of Iceland and into Europe via Sweden and Norway. The last leg was across Russia and Pakistan … which was slightly concerning considering the fractious relationship between Pakistan and India. I had never travelled on Air India before, so I had no idea what to expect. The aircraft itself was a Boeing 777, so relatively modern, but the inside was tired, to say the least. Things didn’t work well. The seats had plenty of leg-room, which was good, but they were uncomfortable and lacked padding. Also, there were issues with seats reclining, the sinks in the toilets didn’t let the water drain and the entertainment system was crappy. Not only were there not many movies to watch and the system itself kept crashing and you had to go back to the beginning of the movie and fast forward. In some ways we were lucky with our entertainment system in that it worked, other peoples’ systems did not, to the point they could not even switch it off!

In addition to equipment malfunction, the overall service was not much to write home about. The aircrew was surly and not very attentive. On a flight of this length, they usually come around many times with water to help you keep hydrated, something that is recommended to prevent deep-vein thrombosis. I only remember seeing them a couple of times. Then there was the food. We took the vegan option, which came with butter and dairy creamer with our first meal. The food was also bland, some soggy veggies and plain rice. Very disappointing! It was interesting to see how more relaxed things were when it comes to inflight safety compared to US airlines. When the seat belts lights came on people continued to wander around without being assaulted by the air stewards, overhead lockers were left open and even we came into land people were up and down until a few minutes before landing.

Delhi airport was very much like any airport in the world, apart from the fact that there was about four times the number of porters you would see anywhere else. Having come from our home town in Oregon where racial diversity is narrower than Donald Trump’s mindset to somewhere where we actually felt foreign was wonderful. We arrived on Christmas Eve but we were not expecting was any sign of Christmas in this largely Hindu country, so we were therefore surprised by the large Santa Claus standing beside the “Welcome to India” sign.

After a couple of days of suffering from a bad case of “Delhi Belly,” I was glad to be feeling better as we set out for our return flight home the United States.

Our last few days in India were spent in the Rajasthan city of Udaipur. The airport was only a short distance from the hotel, so we were soon in line waiting to check-in. The journey back took us first to Delhi and then to Singapore, with a short layover before a 14-hour flight back to San Francisco.

The internal flight to Delhi had been booked by the tour company and I had booked the flights to and from Delhi myself. The lady at the check-in desk tried to check us in all the way through to the US, but had some issues doing this. She believed this was due to one ticket being booked as MARK HOBBS and KAREN HOBBS and the other booked as HOBBS, MARK and HOBBS, KAREN. So after twenty minutes she gave up and told us to collect our bags in Delhi and check-in again when we were there. We should probably have guessed at this point something was wrong!

Our flight to Delhi went without incident so, as instructed, we collected our bags and went to the check-in desk. The gentleman on the desk was helpful but he again had trouble booking us all the way through to San Francisco. The flight to Singapore was on Air India, but the second leg was a Singapore Airlines flight (which I was excited about) with which Air India had a codeshare. Again, we had no boarding pass for our next flight and were instructed to go to the Singapore Airlines desk when we got there. By this time we were hungry (I had a couple of days of missed meals to catch up on) so we went and found the food court to get some nourishment.

The flight Singapore was ONLY five hours long, which feels like a lifetime on Air India. Luckily the entertainment system on this aircraft worked, which helped pass the time and take our minds off the forgettable in-flight food and shabby interior of the plane. By the time we got to Singapore, we were exhausted yet looking forward to being on a different airline despite the prospect of a 14-hour flight. So, we went off to find the Singapore Airlines transfer desk. We were greeted by a somewhat officious lady, our impressions of her manner most likely exaggerated by our tiredness, who told us we did not exist in their system and indeed the flight itself did not exist. She also told us that there was no codeshare with Air India. Well, we were not very happy as she told us there was nothing she could do and that we needed to go and talk to Air India. So, off we went. It took some time for us to get served and when we did they seemed to be as confused as we were and said they had to get hold of the local Air India manager who was at that time assisting on a departing flight. So, we waited.

Eventually, Mrs Kumar, the local Air India manager turned up and was very apologetic. She gave us passes for the lounge, so we could freshen up and get some refreshments whilst she went to find us a flight. From this point, it was a waiting game as we were now on standby. Unfortunately, we were travelling back at the end of the holiday season, so things were busy, busy. Some seven hours later we were still in the lounge waiting and it was becoming obvious that we were not going to get out of Singapore that day, and Mrs Kumar admitted defeat. So, Air India booked us into a hotel close to the business district and shipped us off in a taxi. Karen had spent some time in Singapore when she was younger when her father was stationed there with the Royal Air Force, so she was curious to see the Singapore of today. It is fair to say it is very different!

We were put up in a five-star hotel, which was very nice. After a quick change, we headed out and followed the riverside walk down towards the harbour. With Singapore located pretty much on the equator, the weather is largely the same all year – hot and humid, and it wasn’t long before we were hot and sticky. After walking for two or three miles we decided to head back to the hotel for dinner, which was being paid for by Air India. On reaching the hotel we had a nice surprise, Mrs Kumar had managed to get us two seats on a United Airlines flight to San Francisco the next morning. We were happier bunnies in a fresh cabbage patch. Instead of reporting to the airport at 7 am – as instructed – we would actually be flying home! Hurrah!

So, we got home safely but a day late and very tired. It cost us money to change our flight back from San Francisco to Bend, Oregon, but we managed to claim this back on our travel insurance. I have written to Air India on several occasions and have yet to have a response some 9 months later.

Our lessons from this experience were:

Utah: Capitol Reef National Park, the jewel in the crown of Utah parks