Lighthouses stand sentinel atop windswept cliffs, sea smells waft up through the air and waves collide with a crash where the Pacific Ocean meets the Columbia River below

Names of places can be evocative so when I discovered that on our road trip to the very north-western point of Oregon we’d be close to Cape Disappointment and the close-by Dismal Nitch. Where did these names derive from?

Let’s start with Cape Disappoint. In 1788 English fur trader John Meares travelled up the coast in search of the entrance of the Colombia River. In those days the river was known as the San Roque, named by the Spanish explorer Bruno de Heceta (Hezeta) who had been asked by the King of Spain to explore the coastline north of California. Apparently, he was the first European to land in what is now the State of Washington. Of course, the First Nations people (the Chinooks) were already there and knew well the river, which they called Yakaitl-Wimahl. Now generally us Brits are usually pretty good at exploring and sailing but Meares’ genes must have gone awry because he could not find the entrance to the river, which has to be said is massive, and instead found himself in a little inlet which basically is a dead-end. Now, obviously, he was not too happy which caused him to write, “We can now with safety assert, that no such river as that of St. Roc exists, as laid down in the Spanish charts”. If only he’d checked over his left shoulder on his way out of the inlet he might have noticed the big river passing by! Anyway, so as not to leave totally empty-handed he had managed to spot the 700-foot basalt column sticking out of the sea, a well-known landmark even then, to which he applied his best sarcastic wit (another British trait) and named the place Cape Disappointment. Perhaps he should have called it Cape Loser or something similar!

Dismal Nitch, despite sounding like something out of 1950s Horror B-Film is actually a site of great accomplishment, not failure. This little cove on the banks of the Colombia River, opposite the city of Astoria, Oregon was the last place the renowned explorers Meriwether Clark and William Lewis camped, in early 1805, before they first spied the Pacific Ocean after their epic journey across the county to chart and claim the Western Territory for the United States. Sadly, today it is nothing more than a lay-by with toilets, so most people probably are more interested in emptying their bladder than checking up on their American history. Anyway, I liked the name even if the place was a bit disappointing.

Sun setting at Dismal Nitch, Washington State, with the Astoria-Meglar Bridge in the background

Cape Disappointment is a 2,023-acre camping park on the Long Beach Peninsula, fronted by the Pacific Ocean and looking into the mouth of the Columbia River.

Cape Disappointment is blessed with two lighthouses. The North Head lighthouse was put into as the primary navigation into the Colombia River from the Ocean to stop ships running aground in what was known as the ‘Pacific Graveyard’. Sadly, this was not enough so a second lighthouse had to be put in.

The second lighthouse at Cape Disappointment

It takes a degree of humour to call a beach on the Washington State Pacific coast Waikiki, but it does have a certain charm if not the guarantee of good weather. There is no way to describe this beach as long and sweeping instead it is a little bay that does a great job of collecting driftwood including whole trees that have tumbled into the sea. It is also a great place to birdwatch at the cliffs that overlook this micro-beach a home to numerous nesting seabirds. You also get some great views of the Cape Disappointment Head lighthouse. Well worth spending a few minutes here to explore this beach.

Benson Beach is more of your traditional beach. It is easily accessible from the main campgrounds or if you are not camping you can go down to the North Jetty Road that leads from Waikiki Beach. There is quite a lot of parking there (it does fill up quickly on busy days) with a path that leads onto the beach. Only a brave person would expose their body on this beach but is great for taking a walk along and playing in the waves (or the sand if you are younger or so inclined).

View of Benson Beach from the North Head lighthouse

The Lewis and Clark Interpretive Center is located approximately two miles from the North Head Lighthouse. It sits high up on a cliff overlooking the confluence of the Columbia River and the Pacific Ocean. A focused interpretation of the Expedition’s discoveries and experiences along the Columbia River with special attention given to the Corp’s arrival at the mouth of the Columbia River and their overland journey to the shores of the Pacific Ocean. There are other exhibits about the are including some about the history of the lighthouses. Sadly, when we visited the centre was closed due to the Covid-19 pandemic.

All was not lost because right behind the Lewis and Clark Interpretive Center is Fort Canby, a 19th-century coastal fortification built to defend the Columbia during the Civil War. Fort Canby is named for Civil War general Edward Canby, who helped defeat the Confederates at the Battle of Glorieta Pass in New Mexico.

Fort Columbia, about six miles upriver on the eastern end of Baker Bay, and Fort Stevens, on the Oregon side, completed the installations at the mouth of the river. Both are also now state parks. Constructed in 1863, more than 80 troops took up posts at Fort Canby the next year. The fort continued to expand, with several gun batteries built over the next eight decades.

Cape Disappointment is two miles south of Ilwaco. From Kelso, take Ocean Beach Highway to the tiny town of Naselle. Here, make a left onto SR 401, driving for 12 miles to a junction of Highway 101, where a left turn would take you over the Astoria Bridge. Drive straight through this intersection, continuing on Hwy 101 for 11 miles to the city of Ilwaco and the junction of SR 100.

From Portland/Vancouver: Follow Highway 30 to Astoria, then merge onto Highway 101 north, crossing the Astoria-Megler bridge. Turn left once over the bridge and head for Ilwaco. Once you get to Ilwaco head west from the stoplight (only one in town) following the signs to Cape Disappointment State Park.

‘At the Helm Hotel’ is located in Ilwaco, WA just across the Columbia River from Astoria. This 5-star hotel offers room service. Guests can enjoy a meal at the restaurant or a drink at the bar and free WiFi is available.

All guest rooms at the hotel are equipped with a seating area, a flat-screen TV with cable channels and a private bathroom with a hairdryer and a bath. All rooms will provide guests with a fridge.

A room during peak summer months will cost you around $260 per night. Check price & availability at Booking.com

The Astoria Riverwalk Inn is located just a one-minute walk from Port of Astoria Marina and the Riverwalk Trolley Bus, this Oregon motel features simply furnished rooms with an attached bathroom with free Wi-Fi and complimentary continental breakfast. Free guest parking is offered.

A cable TV with extended channels and tea and coffee-making facilities are found in every room at Riverwalk Inn-Astoria. All rooms include a balcony overlooking the marina and Egyptian cotton sheets. Guest rooms at this motel include views of the marina and the Astoria-Megler Bridge.

A room here in the summer will set you back about $180 per night. Check out booking.com for more information

The Norblad Hotel is a historic 90-year-old building located in Astoria, less than 5 minutes’ walk from the restaurants and shops lining the Astoria Riverwalk. Free WiFi access is available.

At the Norblad Hotel, you will find a shared kitchen. Other facilities offered at the property include a tour desk and luggage storage.

An ensuite Queen room here in the summer will set you back about $140 per night. Check out booking.com for more information 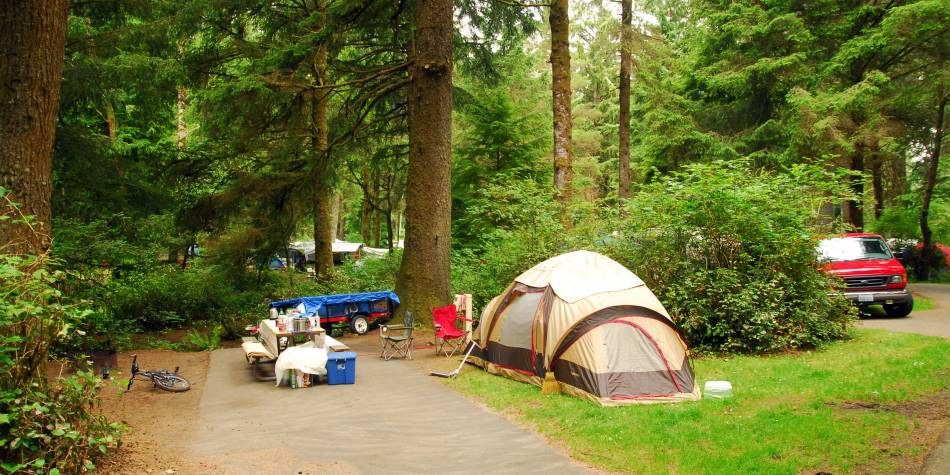 Fort Stevens has grown into a 4,300-acre park offering an exploration of history, nature, and many recreational opportunities.

There are 176 RV sites, yurts, cabins and tent camping. Check here for reservations.

Cape Disappointment is a 2,023-acre camping park on the Long Beach Peninsula, fronted by the Pacific Ocean and looking into the mouth of the Columbia River. The park offers yurts, cabins and unique historic vacation homes to meet travellers’ diverse lodging needs.

You can make your reservations on the Washington State Parks here