Twelve great things to do when visiting Nevada’s Valley of Fire State Park. Explore trails through the red rock formations and see some of the best petroglyphs in the State

Valley of Fire State Park is only a short ride from Las Vegas and makes an ideal day out to escape the hubbub of Vegas’ casinos and fast-paced way of life. The name Valley of Fire is derived from the red Aztec rock formations that pepper this desert landscape. As well as just admiring the impressive rock structures there are a number of trails that lead to petroglyphs.

Close to the East Entrance of the Park, you’ll find Elephant Rock, which somewhat resembles, with a little bit of imagination an elephant. There are also some short trails here to explore some of the rock formations.

Close to the turn-off for Mouse’s Tank Road from Valley of Fire Highway is a small pull-in (with a restroom) where stone cabins were built with native sandstone by the CCC (Civilian Conservation Corps) in the 1930s as a shelter for passing travellers.

The drive along Mouse’s Tank Road weaves through some of the most impressive rock formations inside the Valley of Fire State Park. It is a great way to see the Park within the comfort of your own vehicle. The road will take you to some of the best trails and viewpoints.

This is a short 0.75-mile trail that is very easy, although not wheelchair accessible.  The trail itself is not very exciting but there are a number of places along the way where you can see some fairly well-preserved petroglyphs.

Petroglyphs on the walls of Mouse’s Tank Trail

The canyons, domes, towers, ridges and valleys of Rainbow Vista at Valley of Fire were carved from sand deposited 150 million years ago, during the time when the dinosaurs walked the earth. Rainbow Vista is a viewpoint in Valley of Fire State Park, where the road reaches the top of a low ridge revealing a vast area of multicoloured rocks stretching for many miles northwards, rather different than the dark red cliffs found further south. The panoramic view from Rainbow Vista is a great place for photos. 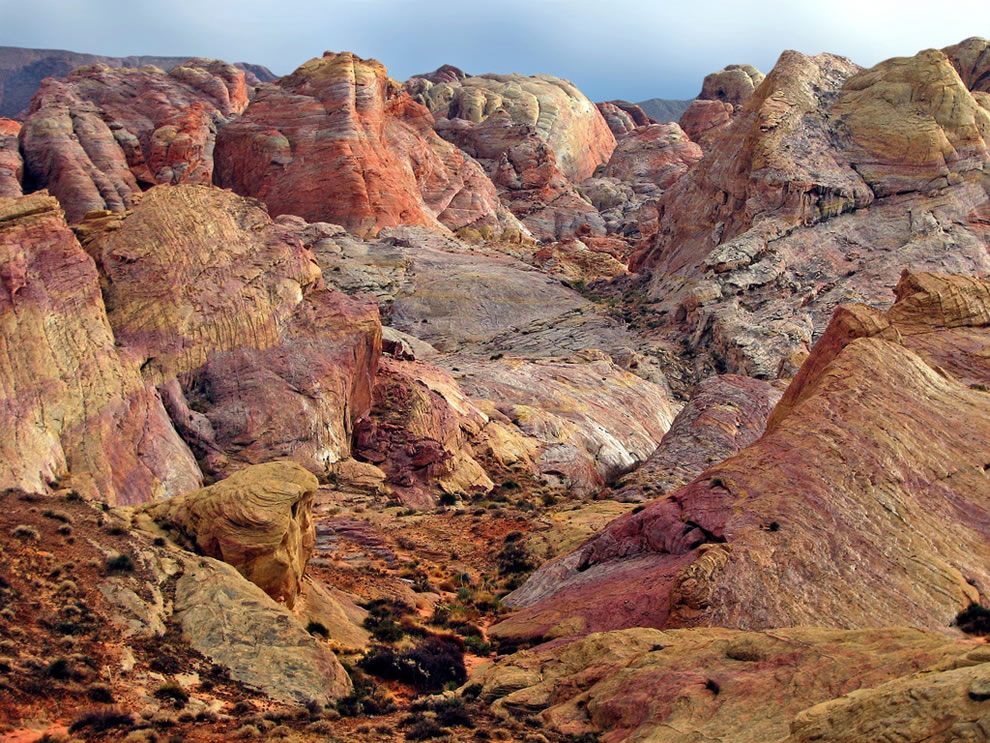 Out by the White Domes Trail is another newer trail. The Fire Wave Trail is a 1.5-mile round hike that leads to an incredible striped section of slick rock.

The Pastel (Pink) Canyon is an unmarked canyon (GPS coordinates 36°28’47.0″N 114°31’36.0″W) in Valley of Fire State Park. A great way to avoid crowds, and easily one of Nevada’s most beautiful geological displays. The parking limited to a couple of cars. From the parking head east into the canyon, which only takes 10 minutes to walk through and admire the pink walls of this canyon that have been carved by the weather over the millennia.

White Domes are sandstone formations with brilliant contrasting colours and a one-mile hike. The White Domes Trail is a moderate loop that combines sweeping desert vistas, a slot canyon, windows, caves and a historic movie site.

An atlatl (at’-lat-l) is a device used for launching a spear; usually, a short cord wound around the spear so that, when thrown into the air, the weapon will rotate. The ancient Indians used these weapons and they are depicted in the petroglyphs (rock carvings) located at Atlatl Rock which can be best seen by climbing up some stairs.

The Beehives are sandstone formations that are an excellent example of geologic cross-bedding, with grooved lines going in different directions. The layers or beds represent different layers of silt that are deposited at different times. The beds indicate the angle of the wind or water was moving at the time the material was deposited.

There is a short trail that winds through rocky dunes with hills of the Muddy Mountains visible in the distance.

Keep an eye out travelling around the Park and you may spot the magnificent desert bighorn sheep, Nevada’s State animal, that roam the park. We were very lucky during our trip to come across this small group grazing at the side of the road by the Atlatl Rock turnoff. Apparently, this is a place they frequent regularly.

About Valley of Fire State Park 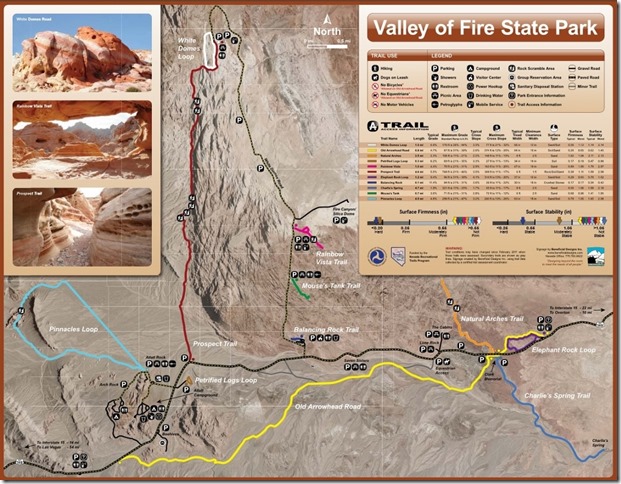 Book Review – Kon-Tiki: Across the Pacific in a Raft by Thor Heyerdahl