Located in the heart of the French Quarter, Green Goddess offers an eclectic dining experience with vegetarian and vegan options 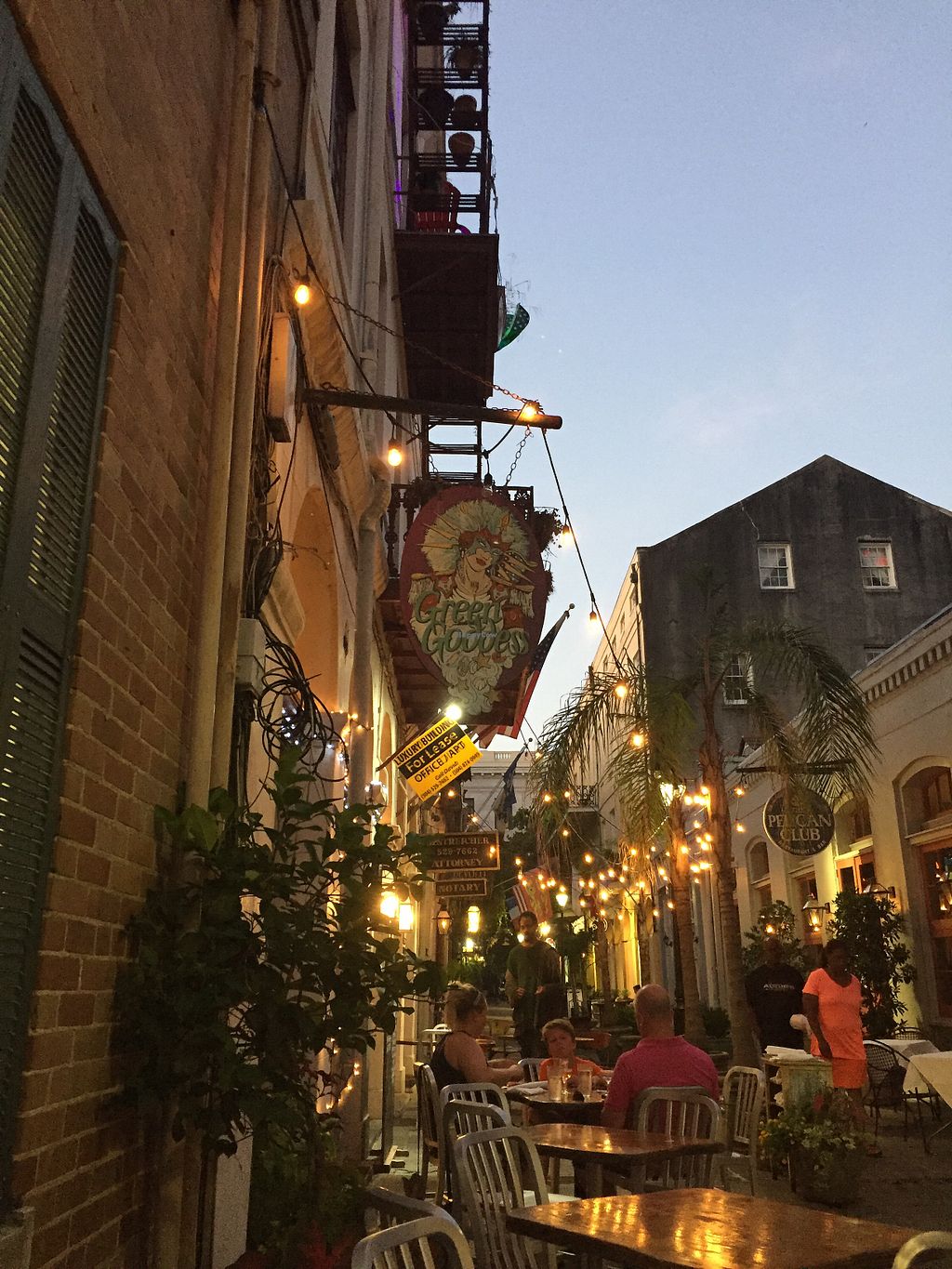 For my last night in New Orleans, I decided to try out a restaurant that had been recommended to me earlier in the week. The Green Goddess is located right in the heart of New Orleans’ French Quarter, only a block or two away from the gaudy and loud Bourbon Street. That said it is tucked away in a quiet alley so you could be a million miles away.

There is little to no indoor seating so the only way to really experience the Green Goddess is through the outside terrace on Exchange Street. I was not complaining! The setting, especially in the evening is quite romantic, and there is just enough passing foot traffic to make it interesting. This would be a great place to bring a loved one.

The restaurant claims it offers an eclectic range of dishes and one look at the menu got me agreeing with that assertion. After a bit of umming and ahhing, I decided to start with the beet hummus with bread, followed by the rolled uttapam, a south Indian lentil pancake, served with onion and pepper vegan curry, kimchi slaw, tamarind chutney and crunchy boondi. Of course, I had to continue my current run of drinking stouts, so I was delighted to find the St Peter Cream Stout on the menu, which at $10 was a little pricey.

When the food came it certainly looked scrumptious. I started with the beet hummus, which I sadly found a little bland – looks can deceive. I had higher hopes a- but I prefer hummus with a little kick of flavour to it. Despite the lack of intensity on the palate, it was a good portion and for once fitted well with the amount of bread and veggies that were served with it.

Next up was my rolled uttapam. The presentation was good – I think for the price I would have expected a more generous portion, but it had good flavour and texture. So, I was happy.

Oddly enough my favourite thing turned out to be the stout. I had worked up a bit of thirst walking to the restaurant – so it slipped down very well. Being the shallow individual that I am, I was most taken with the shape of the bottle which was not the usual round affair but a rather elegant oval shape – much like a small bottle of brandy. I wish I had taken it home with me now!

Overall I enjoyed my meal at the Green Goddess, I think it could have had a bit more sizzle to it and the portions were okay but not hugely generous. Price-wise it was up there, but considering its  central location in the French Quarter that was to be expected.
But if you a looking for a romantic and quiet restaurant with some interesting vegan options in the centre of the action in New Orleans then definitely worth trying the Green Goddess out.

Louisiana: A visit to Mardi Gras World – no one does it like New Orleans