One of the original great aquariums of the world, the Shedd Aquarium today focuses on education and conservation

Opened in 1930 the Shedd Aquarium for many years remained to the largest indoor aquarium in the world. It was the first inland aquarium to house saltwater fish. Today it holds some 32,000 animals.

When our children were growing up we spent many hours visiting zoos and aquariums. As time has passed – and to be frank we have all got older – we don’t go to these places anymore. Also, we have become more conscious of animals being kept in captivity for the purpose of the display – although if done well it can aid in the education of people.

I was curious though on our recent trip and decided to check out the Shedd and find out what it was all about. We chose to visit on a Saturday in August during the summer vacations so it was just a little packed with hoards of young children.

It is pretty expensive to go to the Shedd Aquarium – about $40 for adults – but if you are in town for a few days and see some of the other attractions of Chicago then it might be worth getting hold of a Go Chicago Card as it could save you quite a lot money. You also get to skip the ticket lines at the Shedd. You can also buy the Shedd tickets in advance online and download them on to your cell phone – this also allows you to skip the lines of those waiting to get tickets on the door.

The aquarium has a number of different themed exhibits :

The Wild Reef exhibit is based on a Philippines coral reef and features a host of fish, corals and sharks – always a favourite of the children – is a large floor to ceiling tank. There are also some side exhibit areas with jellyfish, octopus and my favourite sea horses.

Set in a light and airy space the rising Amazon explores the incredible biodiversity of this amazing ecosystem. Annual flooding transforms the forest into a place where fishes swim among trees and find new opportunities for food and shelter. The species that have evolved in this rich setting are interlinked in complex connections of predator and prey, plant and pollinator, producer and user.

This exhibit is extremely interesting not only focusing on the fish life but here you get to see brightly coloured tree frogs, a green tree boa constrictor and dwarf caiman. 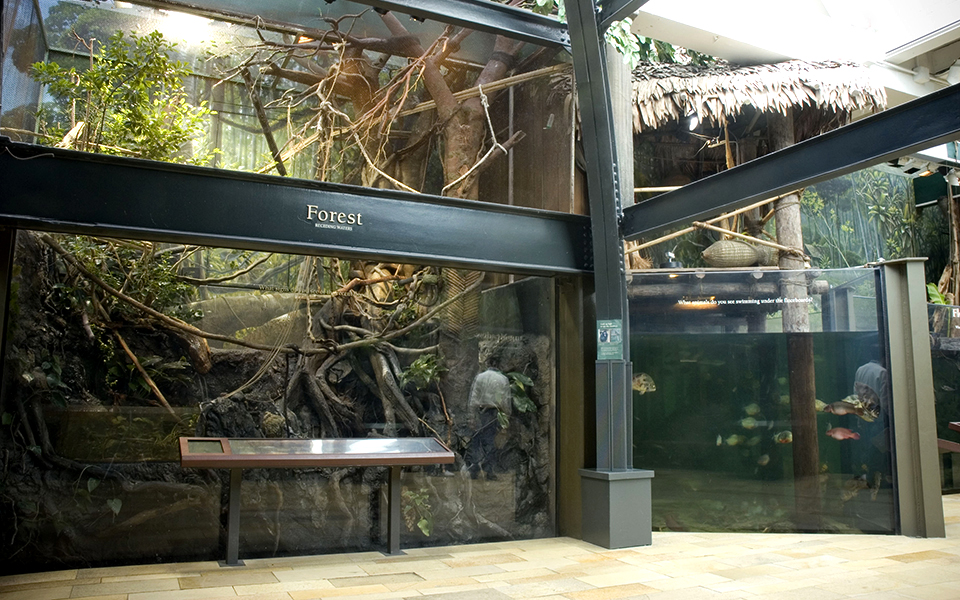 Rivers cover about 480,000 square miles of our planet and are home to some of the most amazing fish and amphibians around. They’re crucial to the communities that rely on the. River animals have developed incredible adaptations, like the paddlefish, which swims with a wide-open mouth to catch food drifting by on the current, or the glass catfish, which has no scales and is completely transparent, almost disappearing in the river’s flow.

The Abbot Oceanarium is where you get to the marine mammals of the Pacific Northwest including the very cuddly sea otters, the acrobatic and energetic Pacific white-sided dolphins and the Californian sea lion. The Oceanarium is also the home to the Shedd’s beluga whales. The Shedd Aquarium has partnered with the Atlanta Aquarium to research the small and struggling population of beluga’s that inhabit in Alaska’s Cook Inlet.

The Oceanarium also has a large auditorium that is used for shows, the highlight of which is the performance of the Pacific white sided dophins, which can generate a lot of speed in a small space and leap many feet into the air.