Hawai’i, the Big Island, like all the other islands in the 50th State of the US, has been formed by volcanic activity and is the youngest of all the islands. It sits over a hot spot in the Earth’s crust, resulting in two of the world’s most active volcanoes, Mauna Loa and Kilauea being in the confines of this island. Kilauea the most active of the volcanoes in Hawaii continues to pour molten lava into the sea, where it hardens and continues to extend the seashore of this amazing island.

When to go to Hawai’i?

Truthfully, there’s never a bad time to visit Hawai’i. No matter what time of year, there’s likely to be warmer weather and a beautiful beach or two. However, the weather still does fluctuate – along with the crowd and pricing levels.

You’ll always be able to find warm, tropical weather in Hawai’i. Due to its proximity to the equator, the temperatures don’t vary drastically from season to season like they do in North America, Europe, etc. 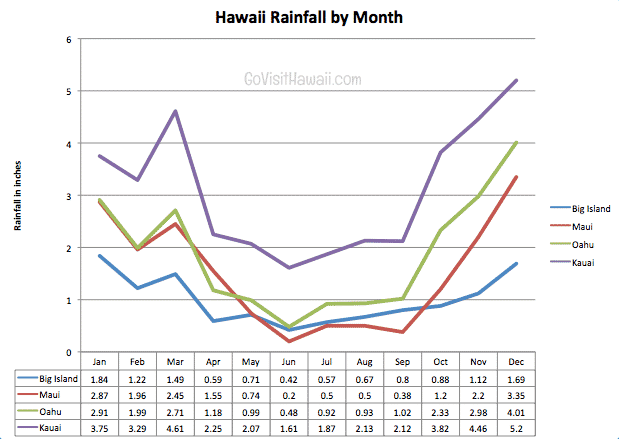 Volcano National Park is a true geological hot spot containing two of the world’s most active volcanoes. Measured from the seafloor, broad Mauna Loa is the tallest mountain on Earth, and Kilauea continues to spew and spit, constantly reforming the landscape around it. Magma vents on the seafloor send lava shooting to the surface, erupting into molten streams that flow straight into the Pacific, forming new land as they cool.

A good place to start your tour of Volcanoes National Park, as is usually the case, is the visitor centre at Kīlauea, which is located on the Rim Road. There is a lot of information here to help you get a better understanding of volcanoes and especially in the context of Hawai’i. You can also find out about the Park Ranger programmes – well worth taking part in – if there are closures in the Park due to volcanic activity, and generally get oriented as to where to go to.

The parking lot does get full quickly so you should try and get there before 10 am.

Unfortunately, the weather like most of the windward sides of the Hawaiian Islands is somewhat unpredictable, and the day we visited is no different. Low clouds had wrapped themselves around the park and intermittently deposit gentle droplets of rain upon us. We hid inside the visitor centre and watched a film about the volcanoes and the natural environment within the park. In between the showers we braved a walk out onto the crater rim of Kilauea, not that there is much to see in the mists. This is still very much an active volcano as can be seen by the gases being emitted from vents in the Kilauea crater. There are also scenic trails around the rim, but the views were not brilliant during our visit. Even so, we walked out to the steam vents that line the crater rim and then out to the sulphur banks. We smelt the banks before we saw the bright yellow mineral deposits – this is one of the few places on Kilauea where the vents give off the foul, rotten-egg smell of hydrogen sulphide.

Watch in awe at the lava flows at night

There is an active vent on Kilauea that erupted back in 1983 and has wiped out numerous houses and road on its way to the sea. Today, it still spews red hot lava down into the sea, resulting in superheated water and plumes of steam high into the sky. The area where the action is taking place is not on the National Park and is only about 15 miles from where we were staying. We learnt the best time to do the viewing is at night.

The National Park Service has set up car parking about ½ a mile from the lava flows, but to get from the car park you have to cross rough lava rock deposits in the dark. This does not deter people, in their thousands, making this trip. Of course, we have to make the most of this once in a lifetime opportunity. By the time we arrived the car parks are more or less full so we parked on the road, which made our walk about 2 miles each way, but only the last ½ mile was across a rough surface. At the end of the car park, we could look down the road at what used to be part of the coastal highway and which had now been invaded by a passing river of lava. The road surface was now a burning mass. Further up into the hills rivers of red lava were clearly visible, flowing relentlessly seaward. Armed with torches (flashlights!!) we carefully made our way across the rocks, following the dozens of other people on the trail, to the sea cliffs. The dangerous walk across the rough cliffs is more than worth it, for when we get there the sight is stunning. Several rivers of lava trailed down to the cliff’s edge and were tumbling into the sea. The bright red of the lava lit up the sky and the clouds of steam thrown up by the lava hitting the sea. We marvelled at this and got very excited by the occasional sputtering of globules of lava in the air as the lava pooled on the edge of the cliff. This is truly a unique site – only Jack is disappointed as he hoped to get a close-up view of rivers of lava and didn’t really want to hear how dangerous this would have been.

Wyoming: 11 great things to do in Yellowstone National Park